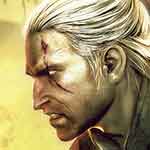 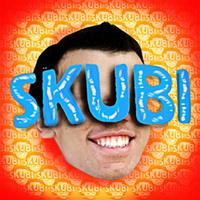 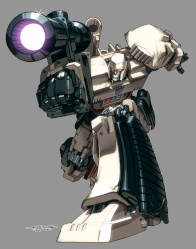 Spoiler:
The script begins 4 years after DARK OF THE MOON, in the midst of yet another destructive meteor storm. The opening is very much like the other films, with a generic “crisis montage”. All the major news networks are scrambling to cover the event, fearing that another alien attack is on its way.

Cut to a giant metal space ball, hurtling through the atmosphere, landing right beside Stonehenge. It creates a cylindrical portal and launches an unseen entity into another dimension. As you can imagine, this agitates pretty much everyone, and the Autobots assemble to figure out what the hell is going on.

Eventually we discover that this giant ball is actually a space ship, designed by an ancient Autobot known as Vector Prime. He’s the guardian of Primus, the one being in the universe that can defeat the planet eating Transformer, and main villain, Unicron. So, Optimus and a handful of Autobots have a grand ol’ time hanging out with Vector Prime, trying to locate Primus.

Meanwhile, Unicron’s flunkies, led by Galvatron, attack a super secret government base in Colorado. This place is important for two reasons

1) It houses Decepticon Corpses (including Megatron)

2) It’s the home of a brand new array of Cybertronian-Earth weapons and armor suits. Imagine Iron Man, but sexier and crazier.

Anyway, Galvatron destroys the installation, plugs into the Decepticon bodies in order to download their memories, and in the process he becomes possessed by Megatron. Yeah… that guy’s back in action.

Oh… and when the base is completely destroyed, one human character (Josie/Circuit Breaker) crawls to safety, but in order to survive, she initiates some weird robotic surgery, and transforms herself into a kickass cyborg.

As you’d expect, there are a handful of other human characters tossed into the mix. There’s a Special Ops Sergeant (Beller) who seems perfectly crafted for Mark Wahlberg, a few reckless kids in the style of Shia Labouf and Megan Fox, but sadly no John Turturro cameo (or at least, not that I saw).

I don’t want to bore you with the nitty bitty parts of the script, even though there are a fair share of interesting points before it concludes. Here are the bullet points:

Optimus, Vector Prime, and a handful of Autobouts travel to Mount St. Hellen on the day of its eruption in order to retrieve Primus from Space & Time… or at least I think that’s what they’ve done. Galvatron/Megatron attacks them, revealing himself to Optimus, and craziness unfolds

They return to the present in order to defend the portal at Stonehenge against Megatron and his Unicron flunkies, in an attempt to survive long enough to ensure Primus’s return

Josie/Circuit Breaker goes on a wild binge of Transformer murders, unable to distinguish between Autobots and Decepticons because she’s so damn pissed off, having almost been killed.

As the climatic battle unfolds, with Unicron drawing closer to Earth, a group of Dinobots jump through the portal to assist Optimus. Yeah, I said it… DINOBOTS!

Unicron arrives, transforming the planet into a mechanical sphere reminscent of Cybertron, but he never gets a chance to finish.

Primus finally makes his debut. He defeats Unicron, kicks that baddie’s soul out of his gigantic metal body, and creates a new planet out of the corpse, perfectly fit for the Autobots. 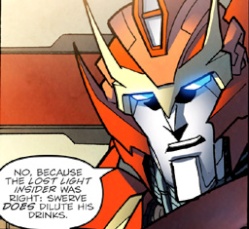 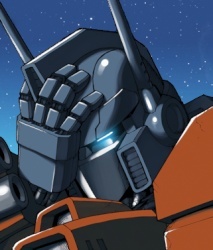